Warning: file_put_contents(): Only -1 of 122 bytes written, possibly out of free disk space in /home/spiengin/public_html/wp-content/plugins/wp-optimize/includes/class-wp-optimize-htaccess.php on line 135 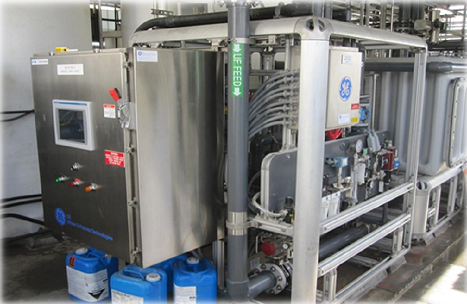 West Basin Municipal Water District has embarked on a water reliability program to reduce dependence on less reliable imported water to coastal LA from 66% down to 33% by the year 2020.  As part of this program, the District is developing an ocean water desalination component as a drought-proof source of local water.  The District has pilot tested various treatment technologies from 2002 to 2009 at the El Segundo Generating Station in El Segundo, CA, followed by larger scale Ocean Water Desalination Demonstration Facility (OWDDF).  The OWDDF, the subject of this paper, operated 2010-2013 on an open intake pacific ocean in Redondo Beach CA.

The OWDDF operated continually from November 2010 through September 2013.

The highlights of the OWDDF process components include the following

The test plan for the project was structured to meet the project objectives by operating each process component under various operating modes during an optimization period, followed by long-term testing of the optimum parameters.  For example, three classifications of membrane grade where operated in ten operating conditions (flux and recovery) each.  Ultrafiltration process was tested using coagulant and a variety of backwash and chemical maintenance clean approaches.

Results of the OWDDF operation met the objectives, developing the optimum design parameters for each process component, but perhaps more importantly, an understanding of critical real-world operational challenges were developed.  For example, the facility operated through algal bloom events (i.e. red tide) and identified maintenance requirements only revealed in multi-year operation of full-scale components in this highly corrosive and biologically active environment.  A summary of these results in presented in this paper.

Extensive water quality data was developed on the source water and product water, under the myriad of operating conditions discussed above.  Relationships of TDS, chloride, bromide and boron concentrations in the final product water to flux, recovery, temperature and pH provide the design engineer tools to isolate critical constituent concentrations under the full range of potential operating scenarios. 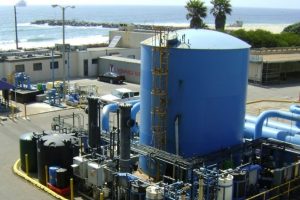 The West Basin seawater desalination pilot testing is a multi-phase[...]

Separation Processes, Inc. (SPI) is pleased to announce that it[...]